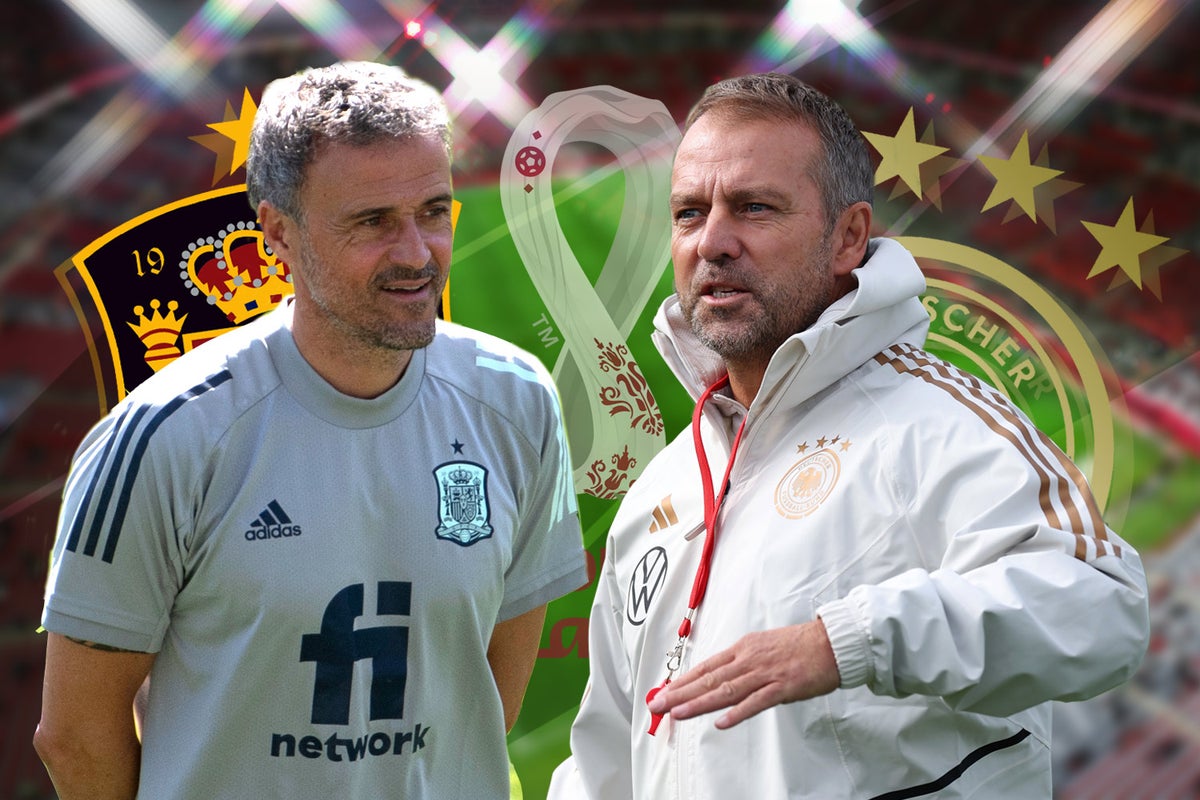 Luis Enrique’s side were as impressive as Costa Rica were poor in their opening Group E match, running riot with seven goals en route to the country’s record World Cup win, Ferran Torres netting a brace with Dani Olmo, Gavi, Marco Asensio, Carlos Soler and Alvaro Morata all chipping in with goals.

Germany began the tournament in contrasting fashion, falling to an embarassing 2-1 defeat to Japan – despite having led through Ilkay Gundogan’s penalty – and are now facing a second group stage exit in successive World Cups.

This game has been billed as the highlight of the whole group stage so far, and there’s plenty riding on it for both teams.

Here’s all you need to know about the match…

The game will take place at Al Bayt Stadium in Al Khor, Qatar.

Where to watch Spain vs Germany

TV channel: In the UK, the match will be televised free-to-air and live on BBC One, with coverage beginning at 6.30pm ahead of the 7pm kick off.

Live blog: You can also follow all the action via Standard Sport’s live blog.

Alvaro Morata started the Costa Rica game on the bench due to a bout of flu, but was clearly well enough to come onto the pitch and score as a second half sub. Enrique might play his only recognised No.9 from the start, although Torres, Olmo and company didn’t do badly in the opener.

Leroy Sane missed Germany’s opener through injury but Hansi Flick could have him available, to potentially dovetail with Jamal Musiala in attack against La Roja.

They say form goes out of the window in big tournament matches like this, and Germany better hope so after a humbling start to their World Cup, in total juxtaposition to Spain’s rapid explosion from the blocks.

Don’t expect a complete walkover here, though. Germany will be champing at the bit for a response to their Japan defeat and Spain know a draw should keep them in pole position for the last 16.

Odds via Betfair (subject to change).