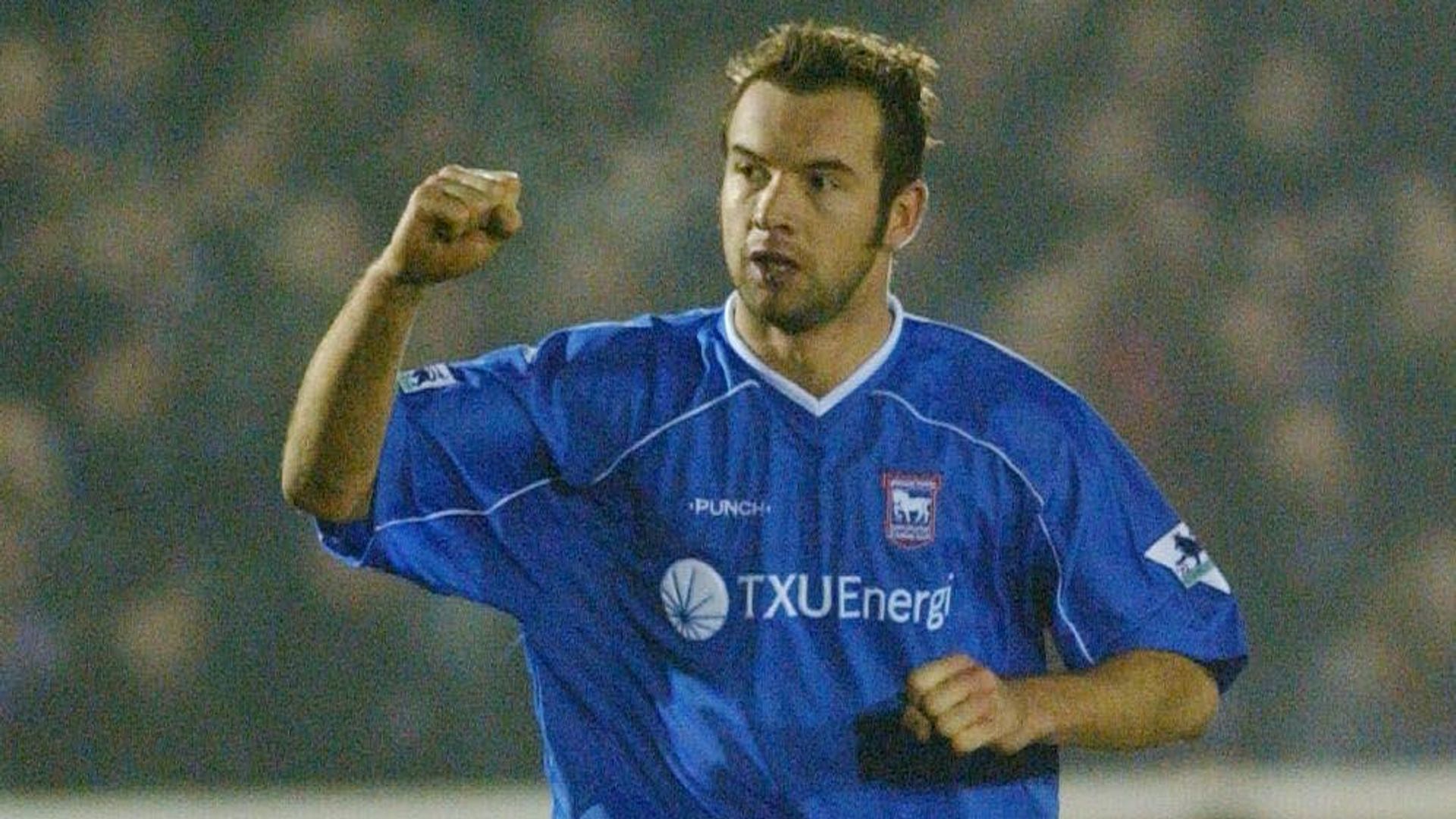 He was runner-up to Jimmy-Floyd Hasselbaink in the Premier League top scorers chart with 19 goals in 2000/01, helping Ipswich secure fifth place and qualify for the UEFA Cup.

The 49-year-old also played at every tier of English professional football, and since retirement, has moved into coaching and management, working at Exeter City, Bristol Rovers and Walsall.

Stewart said: “I would like to take the opportunity to thank those closest to me for their unwavering support since my recent diagnosis.

“As I take the time to adjust, my intention is to continue to enjoy my work in football and spend time with my family.

“In the future, I would like to use my platform within football to help raise awareness around MND, but in the short-term, I would like to ask for privacy on behalf of myself and my family.”

Stewart and his wife Louise have set up a JustGiving page with all proceeds going to the Darby Rimmer MND Foundation.


What psychopath called the long-awaited United States men’s national team’s Black Friday showdown against England a scoreless draw? I’ll have whatever you’re drinking. After gaining my bearings after that stiff cocktail, and realizing Matt Turner nor Jordan Pickford allowing a goal wasn’t just fallacy, it yielded a simple consequence for the American’s group-stage finale on Tuesday against Iran: win and the USMNT advances to the knockout stage. Lose? It’d be on the next flight out of Qatar. Tie? Who the fuck plays for a tie? It’ll come down to goal differential for you marks.

The American’s play in Qatar will draw plenty of comparisons to their efforts at the 2010 World Cup. Ties against England, yes that game with Robert Green’s all-time gaffe in net, and Slovenia to start group play. The exact same stakes were in the balance for the USMNT’s group finale against Algeria. A Landon Donovan extra-time goal was the difference as the USA went from eliminated to group winners with one kick of the ball. One goal against Iran could very well be the difference for the United States.

The goal for the USMNT coming into Friday’s game was proving it could hang with the Three Lions. In the four years Gregg Berhalter has led the Yanks, they’ve played an opponent of that quality exactly never. Zero minutes against a world-class team, especially in a competitive environment. The Americans not only hung with the country they gained their independence from, the USA would’ve won under Queensberry Rules. The first 20 minutes for the USMNT were tough, but it didn’t concede a goal. After that, the Stars and Stripes got the better of the Union Jack.

While the United Kingdom beats up on each other, all that stands between the knockout stage is Iran. What American fan wouldn’t have taken a victory over Iran to make the final 16 a week ago? You would’ve been crazy to want more. Iran hasn’t looked strong in either game so far in the tournament. The USA has had time in both games against the U.K. where it has looked organized and intimidating. It’s only yielded one goal.

Coming out of the game against Wales, the Americans felt lucky to get a point. After the draw against England, the Americans must feel like they can play with anyone. And their next game is against the team who gave up six goals to England. If the USA loses to Iran, Berhalter doesn’t come back stateside with a job. His overstated mindset of splitting the World Cup into two tournaments, the group stage and knockout stage, should be a great standard of how to evaluate the program going forward. Without seeing the USMNT in both of those phases, Berhalter shouldn’t be employed.

After two draws, Berhalter must make a few changes to his starting lineup. Do enough to not disrupt chemistry and facilitate the proper change to score more. Haji Wright didn’t get it done at striker and Josh Sargent at least looked comparable against Wales. We have yet to see Berhalter’s favorite coming into the tournament, Jesus Ferreira. I wouldn’t be shocked if he had a large shift against Iran. The USMNT has been looking for a consistent striker who can score in big games for about forever. It won’t be solved at this World Cup. Throw everything at the wall and see what sticks. Another change I’d make would be Tim Weah coming off the bench and starting Gio Reyna or Brenden Aaronson in his place. Even though Weah scored the USA’s only goal of the World Cup so far, he didn’t do much against England. The USMNT should give Iran a set of personnel it couldn’t have scouted together.

With that new-look USMNT, the must-win scenario looks much more attainable. Let’s not dismiss Iran completely here, it’s a solid soccer team. It did more than enough to make the World Cup. Let’s not also pretend like the Americans shouldn’t win this game with some ease at their best. We saw one of the best efforts from the USMNT in recent memory, albeit without a goal, against England. Now the Yanks must do it again with their World Cup lives at stake.

How Mariah Carey Celebrates Christmas With Her Twins Moroccan & Monroe


All Mariah Carey wants for Christmas is to spend it with family.

The singer recently revealed how she and her twins Moroccan and Monroe—whom you may have spotted sweetly stealing the spotlight during her Macy’s Thanksgiving Day Parade performance—celebrate the holiday.

“I create my own Christmas moment,” Carey told W Magazine for its latest cover story. “I mean, Santa Claus visits us. He comes with his reindeer. I am not exaggerating—this is the truth. By the way, before my kids were born, I did all the same types of things. That’s just how it is with me and Santa and the reindeer.”

While a visit from Santa is always exciting, Moroccan and Monroe do live with the Queen of Christmas (you know you’ll be rocking out to “All I Want for Christmas Is You” all season long). So how do the 11-year-olds feel about having such an iconic mom?

“Darling, look, I know a lot of the time people are like, ‘Oh, yay! Look at her! She’s, like, so festive and such a Christmas girl,’ or whatever,” Carey continued. “But, really, Christmas makes me happy. People think I had this princess-style life or whatever, a kind of fairy-tale existence where I just emerged, like, ‘Here I am!’ And that is not what it is.”

At least three people were killed and 11 others injured Friday after a gunman opened fire at two schools in the Brazilian state of Espirito Santo, according to local authorities.