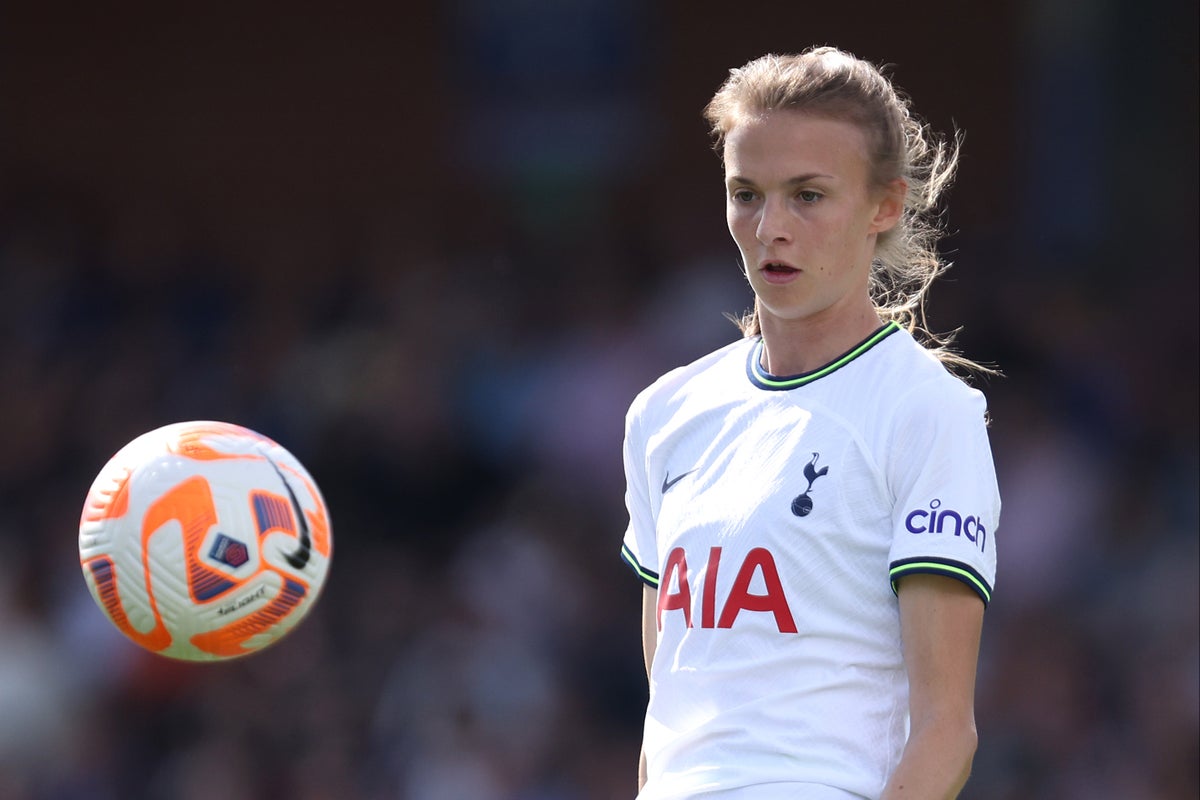 ottenham head coach Rehanne Skinner has challenged one of her young English charges to be the club’s first Lioness this season — and among the likeliest to answer the call is Ellie Brazil.

The 23-year-old forward, a summer signing from Brighton, is currently part of England’s Under-23 set-up after coming through the age groups with a handful of the players who won the European Championship in July.

“I would love to be [Tottenham’s Lioness]!” Brazil told Standard Sport. “But right now, it’s blinkers on, fully focus on Tottenham and I’m enjoying it.

“If the call ever comes, lovely. If it doesn’t, I play for Tottenham. And that’s not a bad job title!”

“You know what lovely people they are, you know their families, you know how much it means to them. To know the ins and outs of it made it [their Euro success] all the sweeter. We were all behind them.”

Though there is not yet a Lioness in Skinner’s squad, Spurs had two players at the Euros — Finnish pair Tinja-Riikka Korpela and Eveliina Summanen — and Brazil says everyone in the women’s game has been feeling the glow from the tournament.

“The fact we got that buzz from the Euros players [returning to pre-season] was quite special,” she said. “I can’t imagine what it’s like for those who actually have the gold medals.”

Brazil, who was speaking before the first round of WSL matches was postponed following the death of the Queen, was giddy at the prospect of Spurs’s original opening fixture at home against Manchester United at the men’s stadium, but she will not have to wait long to play in front of another bumper crowd.

Skinner’s side now begin the campaign against Leicester at the King Power Stadium on Sunday, before a derby with Arsenal at the Emirates.

I’d love to be the club’s first Lioness but, for now, it’s all about being fully focused for Spurs

“We’ve got a huge first month,” said Brazil, whose dad, Gary, had an 18-year playing career and is now the academy manager at Nottingham Forest. “The Emirates has 40,000 tickets sold. Off the back of the first two games, we’ve got, for the majority of us, our biggest game in front of the biggest crowd we’ve played in front of. It’s going to brilliant.

“The Euros has boosted the league, it’s only going to grow the WSL more. This season is going to be a special one.

“We’re going to get the top players in the world here, which is what we want. We’ve had it a long time but the Euros has solidified the fact that we have the best players in Europe in this league.”

The quality of Spurs’ squad has risen dramatically in the two years since their promotion, and last season they fleetingly threatened to break the stranglehold of Chelsea, Arsenal and Manchester City at the top of the WSL.

They eventually fell away, finishing fifth, but this season may be the battle of the Skinners — Spurs’s Rehanne and United’s Marc — to be the nearest challengers to the established big three. “All the players in the league wanted Tottenham to do it,” Brazil said. “We all wanted another team up there. It has always been City, Chelsea, Arsenal.

“We have to fight with the top four and knock one of them out. It’s nice to be in a club that wants to do that.”

Tottenham’s ambition and style of play were big factors in Brazil’s “no brainer” decision to join them, and she has been bowled over by the club’s facilities and the treatment of the team.

“To see Tottenham’s high press against Chelsea last season, when most teams park the bus, was refreshing,” she said. “They are going to give it a go no matter who they play. That’s the style of play I loved as a kid.”

She added: “From the minute I stepped into this club I’ve told everyone we’re spoiled rotten. We’ve taken business class to America [on summer tour]. And the facilities we get — they mapped out our training pitch to be the same size as the Tottenham Hotspur Stadium pitch for the first game of the season.

“If we’re treated that well, we have to give it back with wins.” 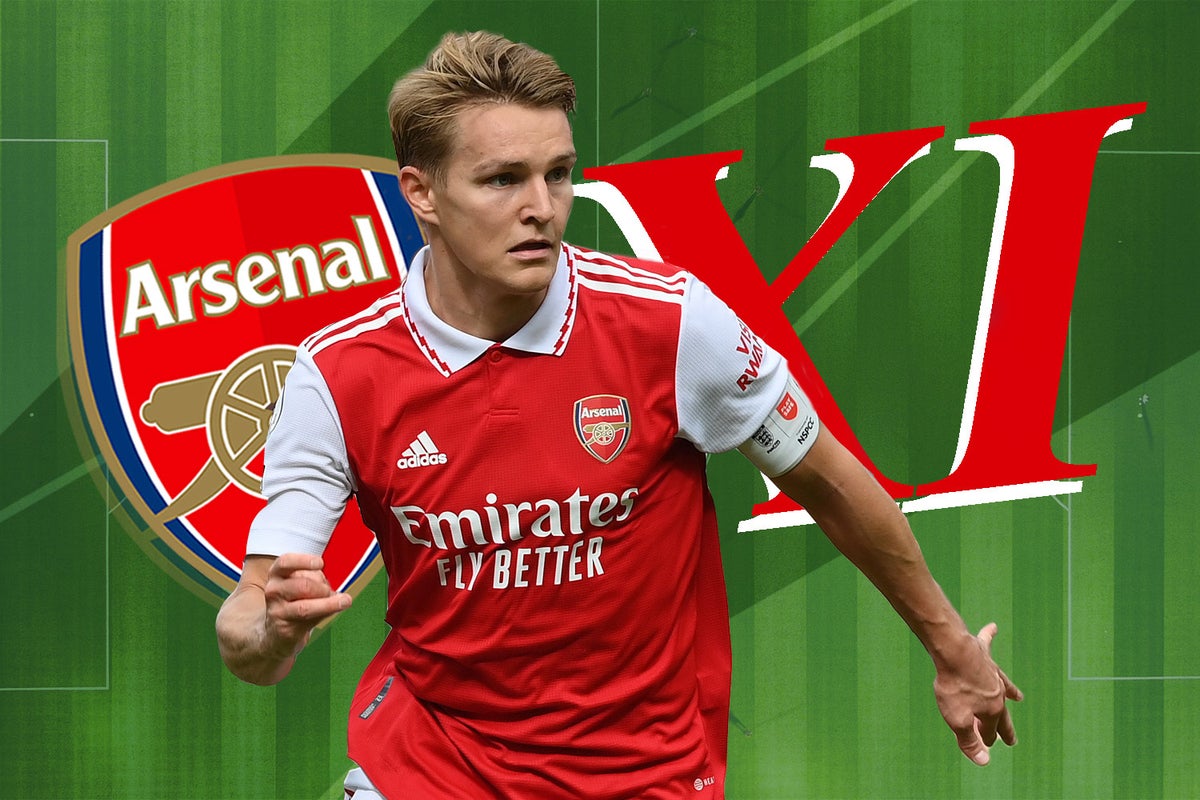 ikel Arteta will mix youth with experience when selecting his Arsenal team to face Lyon in the Dubai Super Cup.

A handful of players remain unavailable while continuing on their path to World Cup glory in Qatar, such as Bukayo Saka and Gabriel Martinelli.

Furthermore, those knocked out of the tournament will not feature with Takehiro Tomiyasu in particular asking for a break from football following Japan’s heartbreak against Croatia in the last-16.

Granit Xhaka flew straight from Qatar to Arsenal’s camp acoss the desert but is highly unlikely to feaure against Lyon.

Arsenal await their return with a mid-season trip to Dubai for a warm-weather training camp and this, the first of three friendlies.

Already, the Gunners have played a behind-closed-doors match with Watford that could shed some light on Arteta’s approach to this week’s games.

Martin Odegaard, Gabriel Magalhaes and Eddie Nketiah all started the 4-2 defeat before a team of academy players entered the fray after the break.

This included Nathan Butler-Oyedeji, Ethan Nwaneri and Lino Sousa. Given the youngsters conceded three goals without reply against Watford, they are likely to again have to settle for substitute appearances in the Lyon friendly. 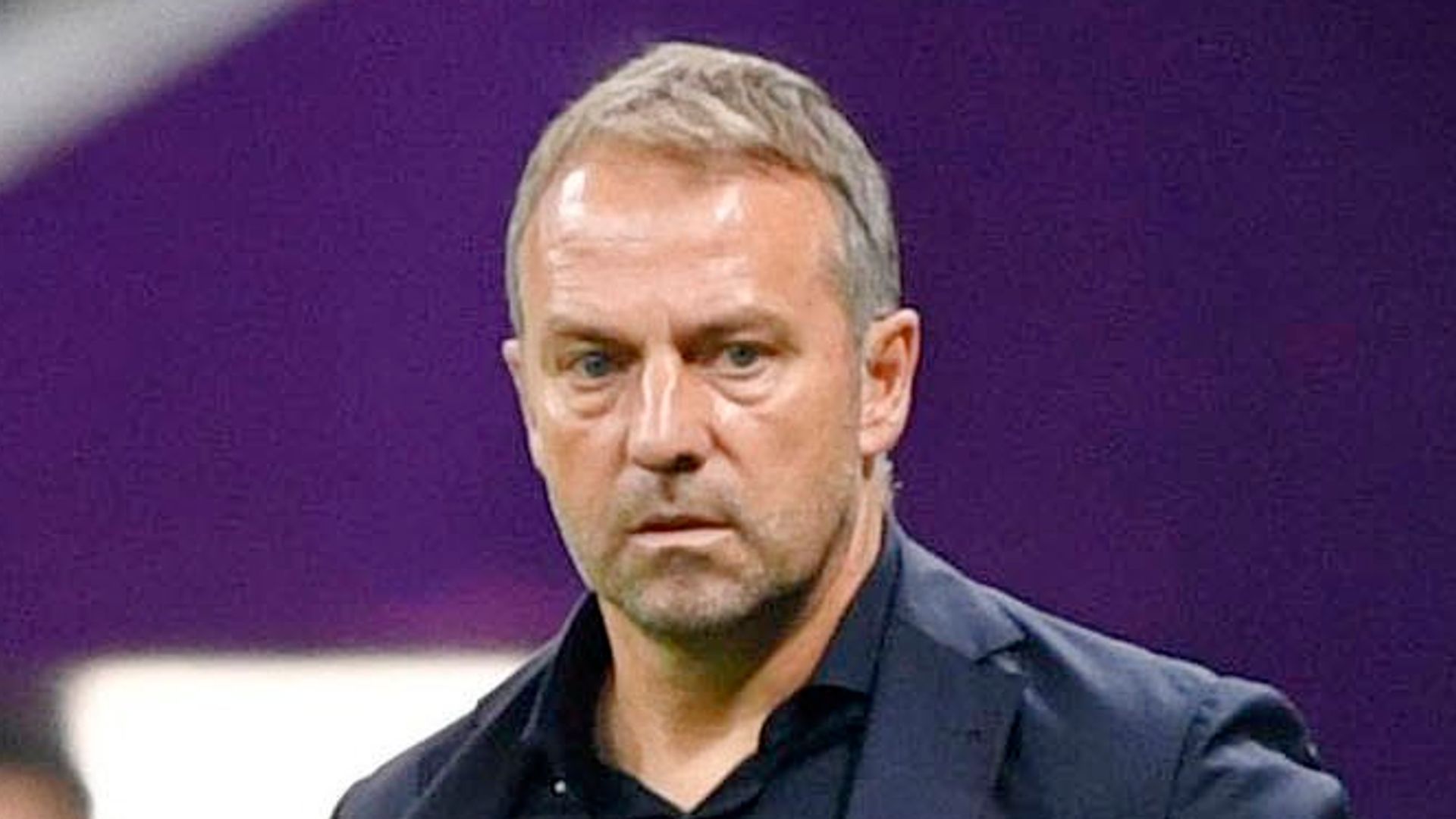 Hansi Flick will remain as Germany coach despite the four-time World Cup winners exiting this year’s tournament in the group stages.

He will remain in charge of the country until at least Euro 2024, at the end of his existing contract.

Flick only took charge of the national team last year, on the back of leading Bayern Munich to the Champions League and two Bundesliga titles in as many years.

Under Flick, they were unable to reach the knockouts for a second straight World Cup thanks in large part to a 2-1 defeat by Japan, with a draw against Spain and victory over Costa Rica insufficient to send them through.

Speaking after that surprise elimination, Flick said: “If you know me and my team, I know we can get up quickly and recover from that. Now we need to assess our work during the World Cup and head in a different direction. This is the next step we are going to undertake and we will do that very soon.

“For the future of German football, we need to train differently. We will work on a future that is very important and very decisive, and we will see how we can implement our idea.

“For years we’ve been talking about new goalkeepers and wingbacks, but what was always good was that we defended well. We need the basics to be right.”

The ManningCast revolution should not have been televised


It would be interesting to see how much ESPN was responsible for of the $1.5 billion that Disney lost last quarter in the streaming section. What section of the Mothership do the contracts for Joe Buck, Troy Aikman, and the Mannings fall under? After a year-plus, the nuance of the ManningCast has worn off. It Isn’t leading podcasts, and it’s easier to skip the second screen and just watch the easily digestible clips that ESPN uploads on the app while the game is going.

For whatever reason, Monday Night Football is just another primetime game, and it doesn’t have the luxury of being able to flex out games like Steelers-Colts or even the Bucs-Saints contest that was unwatchable for three-plus quarters. There’s an argument, and a pretty compelling one, that Buck and Aikman’s Fox Game of the Week slot was better than ESPN’s Monday showcase. There’s no doubt Sunday Night Football is preferable due to the pliability of the schedule.

I don’t care how charming Peyton and Eli are, if the teams on the field don’t matter, the audience will find something else to do on the trillions of streaming options. The ManningCast spinoffs suffer for the same reason that no NBA studio show can replicate Inside the NBA. Charles Barkley’s charisma cannot be duplicated just like the chemistry and repartee between two Super Bowl-winning brothers can’t be recreated.

Alex Rodriguez and Michael Kay calling a game is an actual nightmare of Red Sox fans and the hoards of people who hate the Yankees and/or A-Rod, of which there are many. Pat McAfee used his connections with Peyton and Omaha Productions to develop a simulcast for college football, which is never going to work no matter how much he grows on you.

Baseball, basketball, and even college football don’t have a weekly monopoly of viewers. There’s always another game to flip to in the NBA and MLB, so the alternative to a shitty national broadcast game is a different matchup. The Association slashed their League Pass prices this year, and it’s never been easier to find illegal streams.

Primetime NFL games are routinely atop the ratings because they have the night to themselves, and half the reason viewers switch to ESPN 2 is because the game is an abomination. When a hyped Saturday showcase fizzles out, there are a million other options to watch, and none of them are McAfee screaming through a blowout. I can’t imagine that it’s worthy of a four-hour chunk of ESPN 2’s college football Saturday.

The ManningCast ratings are whatever and have plateaued during the second season. But, yes, let’s dedicate a production team and everything else that goes into it for a little over a million viewers on a channel that’s in direct competition with the one we want everybody watching.

I don’t see how a ManningCast on Sunday night would benefit NBC because they shut down their nationally dedicated sports network, and it would run on USA or Peacock. I guess Amazon could try something on Thursdays, but they have an even shittier schedule, and people have a hard enough time remembering the game is on Prime — or that it’s even on at all.

The worst attempts are cheap knockoffs, with outlets throwing talking heads in front of a camera and having them regurgitate the same takes they’ve been spewing all week. Fucking hell, I can’t watch the pregame as it is, and now I’m supposed to spend an extra three hours with some I can’t stand for a half hour? Absolutely not.

It’s really hard to be engaging for long stretches on a PG-13 restriction. That’s why I wait for the perfectly cut clips of Peyton and Eli. The show doesn’t work for a full four wuarters, and a bad game bogs down the show like a bad host makes for a clunky SNL. The Manning bros are more or less live-streaming a football game interspersed with big-name guests that normal sportscasters can’t book.

It’s successful because of the two hosts. You know what I’d also watch those two lovable idiots do? Play charades like in the Caesars commercial. The way Eli delivers, “It’s 27 words” is hilarious, and Peyton telling his teammate to “Stop guessing helmet catch” is incredible. Who knows if they’d work in a studio setting just because most of what they do best is a product of filling time. The lasting moments from Inside the NBA come when Chuck, Shaq, and Kenny go off the rails after a long night in Studio J.

Now that we’ve arrived at the juncture where I’m repeating previously stated points, I’ll finish with this. The ManningCast didn’t revolutionize sports programming. Certain athletes are better at broadcasting than others, and they’re afforded a format that’s not replicable in any other sport, not even its amateur version. They’ve been remarkable in an opportunity that’s possible for 0.000000001 percent of sportscasters.

Kudos. Congrats. It worked for a company that lost a billion five in a quarter and hasn’t been able to duplicate it. You want to revolutionize sports media? Create whatever comes after Twitter.