With Opening Day slated for April 7, Major League Baseball fans are giddy with excitement to see their favorite players take the field once again. However, that doesn’t mean fans have forgotten about the lockout that threatened the cancellation of much of the 2022 season. Fans were left in limbo for over three months as the players and owners squabbled over financial disputes. It left a sour taste in many fans’ mouths. According to a survey conducted by FinanceBuzz of over 1200 MLB fans covering all 30 teams, most MLB teams should expect a drastic drop in revenue for 2022.

Per the survey, approximately 62.5 percent of fans primarily blame the MLB owners for the lockout, compared to just 4.5 percent of fans placing the blame on the players. What’s the best way to get back at the owners for creating so much unnecessary stress? Don’t put money in their pockets. Forty-three percent of the fans surveyed claimed they would be spending less money on their favorite teams this season. While that may not seem like a huge number, and is probably inflated by the fans’ recency bias when answering the survey, it’s a staggering number when compared to the amount of fans who actually plan on spending more — just two percent.

While most of the money made by Major League ball clubs comes from television deals, ticket and merchandise sales are no small part of a team’s total revenue. Here is a list of every team where at least 20 percent of fans surveyed said they’d be willing to spend more on their favorite team in 2022:

That’s all of them.

Now, here’s a list of every team where at least 40 percent of fans surveyed said they will be spending less dough than usual on their favorite team this season:

That’s twice as many fans on more than four times as many teams. What’s even worse is that while these figures likely won’t have a major effect on the big-market teams, rather the small-market teams that don’t produce as much money from their television contracts. That being said, the league did institute two new television rights deals this year. According to Craig Goldstein of Baseball Prospectus, each team will receive at least $60 million in TV revenue through 2028, plus whatever their local TV contract comes out to be.

While that should theoretically mean small-market teams will spend more, we haven’t seen any indication of that actually being the case since the end of the lockout. Plus, if fan revenue decreases drastically, as the numbers from the survey indicate, even with more money coming in from national television contracts, there will be less opportunity for small-market teams to compete.

Competitive balance has long been an issue in Major League Baseball. While the players absolutely deserve every dime of their contracts, and it’s up to the owners to pay more to get better players, this survey indicates that, at least in 2022, balance across Major League Baseball could hit an all-time low, and that’s going to leave several fanbases frustrated before we even reach the halfway point of the season. 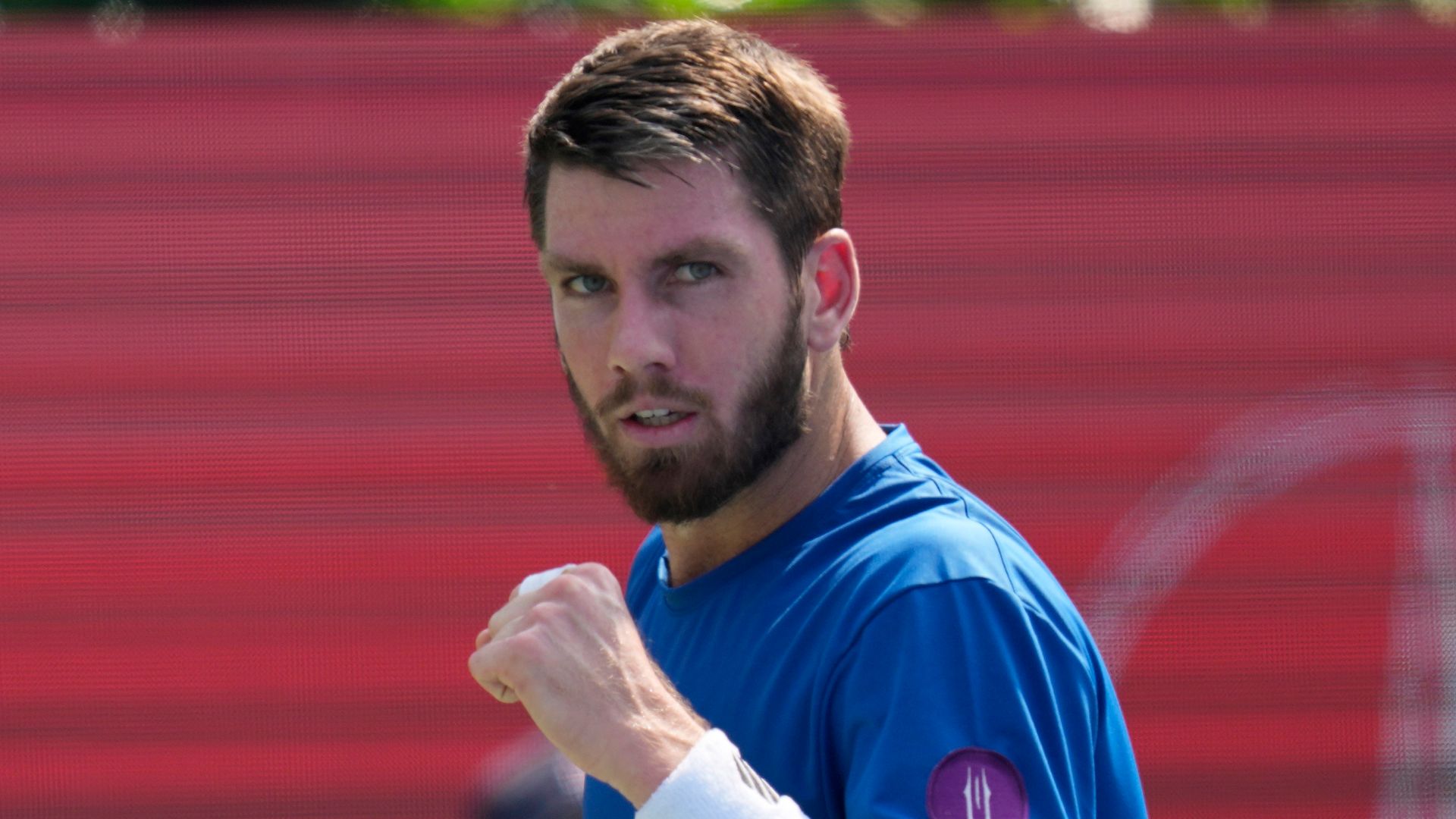 Cameron Norrie is through to the quarter-finals of the Korea Open after seeing off Kaichi Uchida 6-2 6-2.

The British No 1 took a little over an hour to see off Uchida in straight sets and progress into the last eight in Seoul.

Norrie, the No 2 seed for the tournament, now faces Jenson Brooksby in the quarter-finals as he aims for his third tournament win of the year.

America’s Brooksby overcame Korean No 1 Kwon Soon-woo in their last-16 meeting, triumphing 6-3 6-4 over the home favourite.

Norrie has already won the Delray Beach Open and Lyon Open so far this year, and the Wimbledon semi-finalist’s performances have seen him move into the top 10 in the ATP rankings for the first time.

The 27-year-old is now aiming for a strong finish to the season which would ensure he finishes in the top eight on the Race to Turin and qualifies for a place in November’s ATP World Finals.


Is Marlins’ reliever Richard Bleier the first Jewish pitcher to be called for a balk on Rosh Hashanah? I don’t know. What is a stone-cold fact is coming into Tuesday’s game against the Mets, Bleier had made 572 professional baseball appearances over the course of 15 years — never in his seven big league seasons. He had committed nine balks before facing Pete Alonso at Citi Field with two outs in the eighth inning. His career total after facing Alonso: 12.

Yup, he gained a third of his prior career total in one at-bat, with all three being called by the game’s first-base umpire John Tumpane. Bleier is a lefty, so the closest jump to his pitching hand would be Tumpane. What move did the 35-year-old use to blatantly deceive the hitter? He was deemed to have not fully stopped his pitching motion with the ball in his glove.

Bleier was confused and a tad upset the first time it happened. He’d just faced three batters with the exact same motion and no balk had been called. When Tumpane called a balk loud enough where the field mics picked it up two pitches later, Bleier was visibly upset. When it happened for a third time, Don Mattingly, willingly got ejected — as well as Bleier, who was perturbed as he couldn’t comprehend what he was doing wrong while Jeff McNeil scored without the ball reaching the outfield. After an infield single, there were three easy 90-foot trots to score him.

The inning ended with an Alonso groundout and the Marlins ended up winning the game by the exact scoreline that lit up the scoreboard after McNeil crossed the plate, 6-4. Bleier became the seventh pitcher to be called for a balk three times in the same inning and the first to do it since Jim Gott in 1988, per the Elias Sports Bureau. He’s the only pitcher to do it three times in the same at-bat since 1900.

Lift you up
Folds away, which is huge for your quality of life, has an adjustable seat and back to make sure you’re comfortable, and is made to be incredible heavy-duty so you can lift without worry.

Umpiring quartets and teams bump into each other all over MLB’s circuit, so it’s hard to believe Tumpane and friends hadn’t seen Bleier throw before. And if he made the same motion facing the first three batters of the eighth inning, was Tumpane not paying attention? These were the first three MLB walks for Bleier, who’ll also represent Team Israel at next year’s World Baseball Classic.

Punishing Bleier for a unique delivery is atrocious and comical. Look at how former Mariner and Marlin Carter Capps pitches the ball, with a hop-step similar to a javelin thrower than pitcher. His foot leaves the rubber with the ball in his hand. He’s literally closer to the mound and has a better chance at a strikeout. Isn’t that an unfair advantage? And Capps committed a balk zero times in his 129 career MLB appearances. If Bleier hadn’t been called for a balk in his MLB career before Tuesday, he’s not the one that has to adjust. Tumpane needs to keep himself in check. 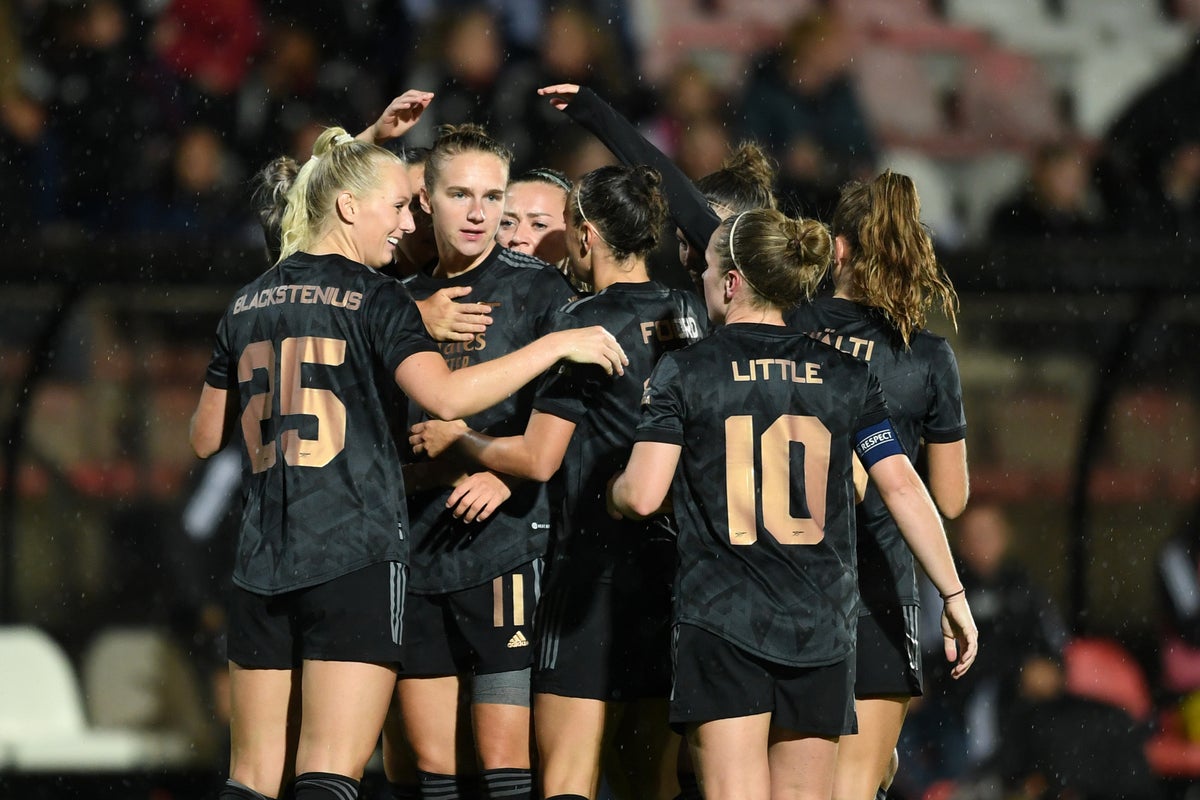 After Ajax’s late goal at Meadow Park last week, the tie was finely poised and neither side were in much of a rush to give up much ground. While Arsenal did probe Lize Kop’s goal through Stina Blackstenius, both of the Swede’s efforts were far too tame and the home side were even more toothless in the opening 45 minutes.

Five minutes after half-time, however, Arsenal had their breakthrough. Unable to play a well-organised Dutch side, Vivianne Miedema grabbed the game by the scruff of the neck and hit a fine finish to break the deadlock, as powerful as it was precise.

Manager Jonas Eidevall was vocal throughout, urging his team not to drop too deep, although at times it appeared as if the lashing rain under gloomy Dutch skies had drowned his voice out.

Although defensively sound, Nadine Noordam was inches away from teeing up Tiny Hoekstra, with the striker narrowly missing her connection for what would have been a tap-in following some intricate build-up play in Arsenal’s penalty box.

Still, Arsenal saw it out and capped off a fantastic week, albeit the sight of Rafaelle Souza limping off in the first-half will be a concern, as will Beth Mead’s withdrawal minutes after coming on as a result of a clash of heads.

For the 14th season in a row, Arsenal will be playing Champions League football.