Ram Charan and Jr. NTR starrer and SS Rajamouli’s directorial RRR has had a stellar performance at the box office. The movie has crossed 500 Crore worldwide gross box office collection on just the third day of its release. RRR overtook Sooryavanshi, and Kashmir Files to become the highest-grossing Hindi film of the pandemic era. It also broke Baahubali 2’s record of India’s biggest opener.

Reacting to the enormous success, Karan Johar sang praises of filmmaker SS Rajamouli. Calling him India’s biggest filmmaker, Johar hailed Rajamouli saying that no one could take his mantle away from him. Speaking at ABP News’ Ideas of India, Johar spoke about Rajamouli saying, “He is enormous and gigantic just like his brand and his films”. He also mentioned that the Bollywood industry draws inspiration every week not just from Hollywood but also within the parameters of India. “Look at the numbers of RRR.”

Salman Khan also reacted to the colossal success of the movie. Talking about Ram Charan’s stellar performance in the movie, he said “It has been a wonderful experience working with him. I have known Chiru Garu for the longest time. He has also been a friend. His son (Ram Charan) is also a friend. He has done such a fantastic job in RRR. I just wished him on his birthday, and on the success of his film. I am very proud of him. It feels so good that he is doing so well. But I wonder why our films are not doing so well in the South. Their films are doing so well here.”

He also mentioned that he is working with Chiru Garu, praising their heroic style of films. 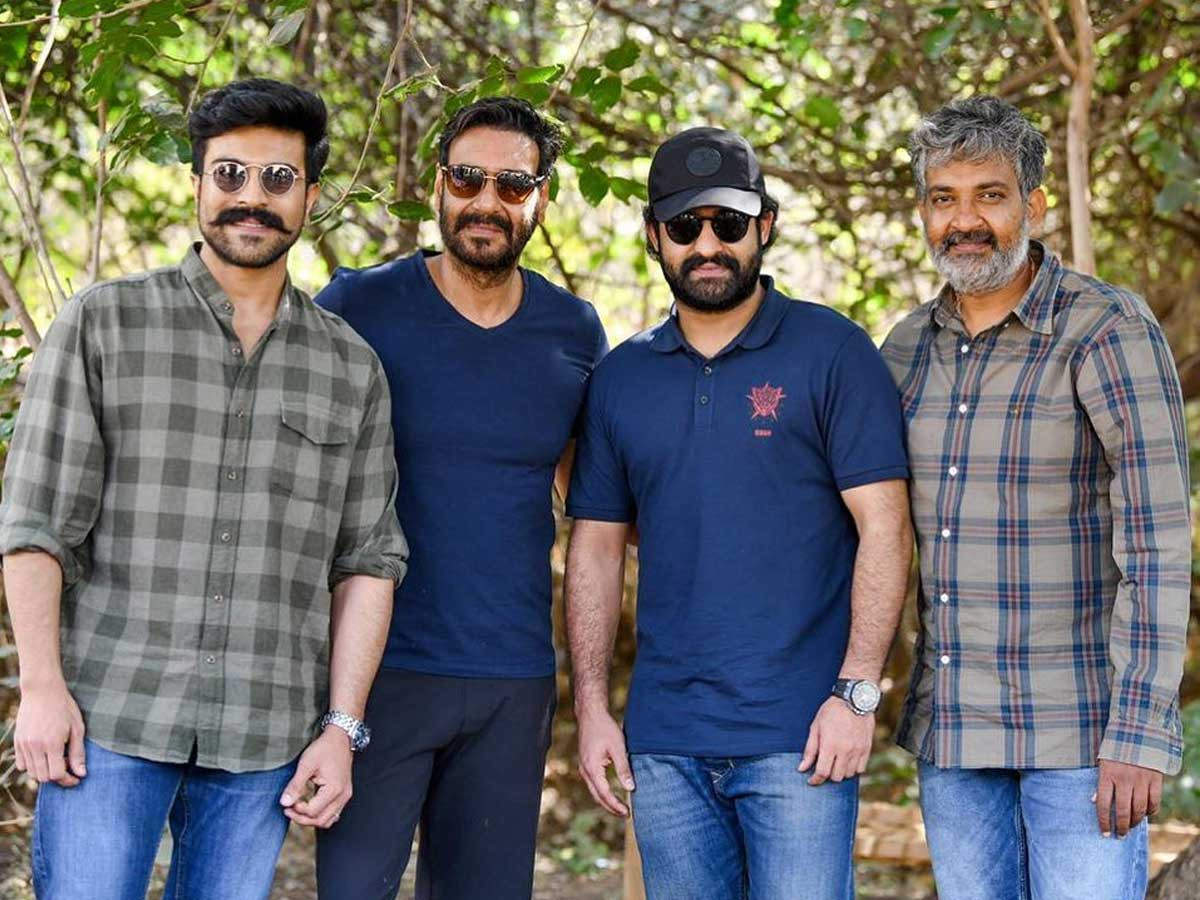 At the same time, Pushpa director Sukumar has also penned a heartfelt note for SS Rajamouli in Telugu. When translated it reads, “Even though we are next to you, we have to run, to reach you. Even though we are in the sky, we need to lift up our heads to look at you. The only difference between you and us, Rajamouli, is, you can make a film like this and we can only watch it.”

The movie is based on the lives of Indian freedom fighters, Alluri Seetharama Raju and Komaram Bheem. It also stars Alia Bhatt, Ajay Devgn, Shriya Saran, and Samuthirakani. 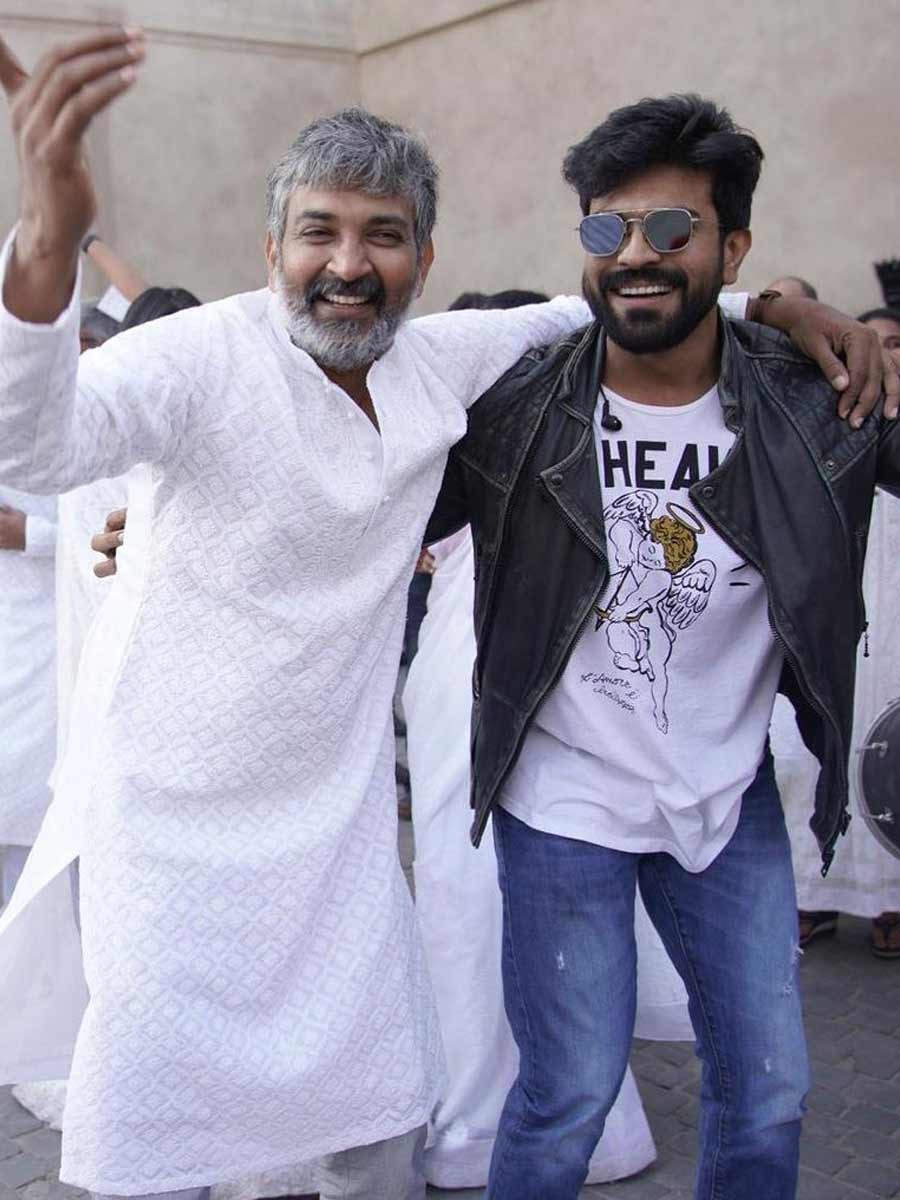 
Ayo Edebiri is getting out of the kitchen.

The actress, who plays Sydney on FX’s The Bear, has joined the second season of ABC’s Abbott Elementary, E! News can confirm.

Quinta, who also created Abbott Elementary, celebrated the casting on Twitter Feb. 6, posting a photo of herself, Ayo and Janelle James, who plays Principal Ava Coleman on the show. The actress captioned the photo alongside two heart emojis, “new episode this Wednesday.”

While Ayesha will only appear briefly in the episode, titled “Valentine’s Day,” the network says Ayo will return later in the season for a “larger storyline.”

In a sneak peek of the episode shared by Entertainment Weekly, Janine prepares for a FaceTime call with Ayesha on her birthday, telling Jacob (Chris Perfetti) that her sister can be “really intense,” “over-the-top,” and “nosy.”


“This lady taught me to sing,” he told the crowd while onstage, per Variety. “She also told me that men are trash.”

And Shania gave the love right back.

“I’m a bit starstruck, what can I say?” she responded. “No, really, I’m a fan of you, of course. I realize that when I was writing this song, you were just a little kid. It’s kind of a dream and very surreal to be sitting here right now to sing this song with you.”

She added, I think I’m just in love and this song is all about love. So let’s just sing about love.”


It was about damn time Lizzo and Harry Styles met up for some late night talking.

The pals reunited at the 2023 Grammys in Los Angeles Feb. 5, less than a year after their iconic Coachella performance in 2022. Cameras spotted the duo sharing an embrace at the ceremony, which was hosted by Trevor Noah. In fact, Lizzo and Harry—who were seated near each other inside the ceremony—even snapped selfies together, proving their friendship will always be good as hell.

It was just another golden touch to music’s biggest night, which included some friendly competition. After all, they were both nominated for Record of the Year, Song of the Year and Album of the Year. In addition to their well-earned nods, they both performed at Crypto.com arena.

During the ceremony, Lizzo won the award for Record of the Year for “About Damn Time,” and Harry took home trophies for Best Pop Vocal Album and Album of the Year for Harry’s House.