Hands are used as secure passwords in a new contactless biometric system. 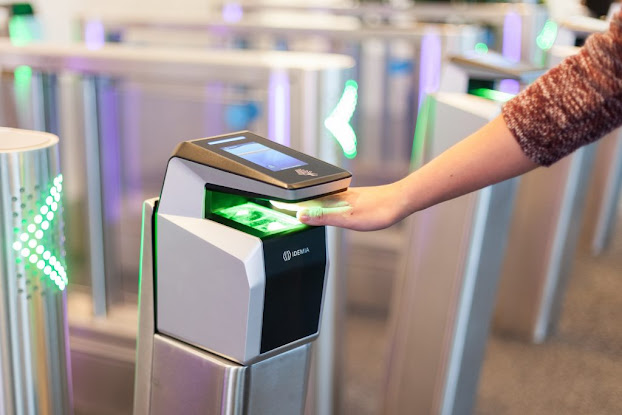 Fingerprint, face, and voice identification are widely held to be the pinnacle of security. But, according to nVIAsoft executives, those technologies aren’t as secure as we assume. They point out that traditional biometric systems like face, voice, and fingerprint identification have easily exploitable security flaws.

With patented contactless hand biometric sensors and a unique software solution, the New York-based business is inventing a breakthrough way. With new hands-up technologies, it is striving to eliminate such attacks.

Verihand, the first contactless biometric scanner that scans the intricate vein structure of the entire hand to provide a unique, encrypted digital ID that is extremely hard to hack, is being developed by the firm.

Verihand essentially turns a user’s entire hand into a password. This contactless biometric reader scans a person’s complete hand’s intricate vein system to create a unique, encrypted digital ID that is nearly hard to steal. According to the product inventors, Verihand’s quick, non-invasive, and sanitary scanning technique is more secure and trustworthy than older approaches.

In the next five years, NVIAsoft expects their authentication system to be a global standard and one of the industry’s top technical achievements for ensuring identification. As a result, the firm sees a lot of potential for growth in the cloud computing and mobile industries for single sign on (SSO), secure online banking, and payment solutions.

Traditional biometric technologies such as face, voice, and fingerprint identification have easily exploitable security flaws, according to the company’s study. Traditional techniques are less secure and dependable than Verihand’s rapid, non-invasive, and sanitary scanning approach.

Since the outbreak of the epidemic, people all around the world have grown more aware of how they interact with their environment. Verihand offers a viable answer to this issue.

In this digital era, there is a high need for digital identity proofing that does not jeopardize clients’ privacy. According to Bernard Garcia, founder and CEO of nVIAsoft, the market for biometric identification is currently being examined by large businesses and governments throughout the world.

Verihand’s engine is based on blockchain technology. It prevents hackers from altering the solution’s pure digital ID. Verihand promises to be able to authenticate with unmatched precision by using the complete palm rather than simply a fingerprint.

The following are some of the company’s standards:

. A view that currently accessible means of authentication, such as signatures, passwords, smart cards, key fobs, and other biometrics techniques, are to blame for massive data breaches, identity theft, and software hacking.

. Biometric security must be robust and not limited to palm or finger scans.

. With the use of the entire hand, biometric security should be a given.

Beta testing is open to the public.

The technology developed by the business has passed the prototype stage. It’s now in public beta, and it contains an operational support system for a variety of authentication-related apps. This includes door locks, turnstiles, data, inventory of equipment, and membership-based businesses. The following stage is to transition to secure payment mechanisms.

The Verihand solution addresses flaws in fingerprint scanners. It does not leave traces of fingerprints or handprints on the surface that may be copied.

Even identical twins have varied vein patterns in their left and right hands, according to the developers. The facial reader can identify a person, but the face pattern cannot be used to authenticate them.

NVIAsoft’s SaaS and DBaaS (database as a service) plans to follow a number of tactics and objectives in order to quickly penetrate the market.